The 2017-2018 competitive season is rather different from any previous season, since the new circuit format forces teams to produce results at all stages of the year to gain enough points for an invite to The International. Valve has scheduled over 25 Minors and Majors over the entire season, with qualifiers taking place every day. As a fan, it’s basically impossible to follow every region, let alone their meta differences.

Here’s a short overview of noteworthy teams from each region and the current state of the meta. 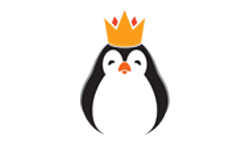 Team Kinguin has played together for years, though they’ve yet to break into the top tier. All changed this year when the team, back then tagged as Singularity, placed top 4 in the European qualifiers for TI7. Since then, Team Kinguin has struggled to shine in qualifiers, with Secret dominating most of them. But when Secret declined to qualify for The Summit, and as a direct invite to the Perfect World Masters, Kinguin grabbed the chance and qualified for both events in a convincing fashion. The team may still not be as polished as others, but with their explosive play style they have won over many fans in recent weeks. Patos stands out like a true playmaker and his

Magnus is often first-phase ban material and midlaner Nisha seamlessly transitions between carry oriented mids and playmaking aggressors. With established teams like Liquid and Secret receiving more and more direct invites, or even turning down tournaments, as well as OG’s current slump, Kinguin has a real chance at establishing themselves as Europe’s third team in Europe this season, though the likes of Penta and HellRaisers are not to be underestimated either. 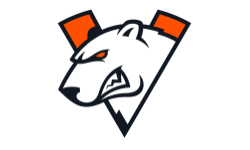 Virtus.pro has started the season with a big statement. While the team hasn’t participated at any Minor yet, VP won the first Major in quite the convincing fashion, beating all top teams (Liquid, Newbee & Secret). The team looked more polished than before and is likely one of the few to truly contest Team Liquid in this season. The players complement each other very well and Solo, despite having the lowest farm priority on the team, is a true playmaker and space creator. More on Solo and his strengths in our Plus blogpost.

It has been rather quiet around

LGD.Forever Young since The International. Losing several qualifiers early on, LFY was unable to make much of a splash, and in fact there was a controversy around the team about a week ago, where mid player Super was so unhappy with his teammates, that the team called an early gg in an elimination match for the Captain’s Draft Minor.

The team has only been together for about half a year, but their TI run to third place was remarkable, and they showed at the DPL LAN finals that they are still a force to be reckoned with, taking the title by beating Newbee twice and thus qualifying for MDL Macau. Even in the few Perfect World Masters games, LFY has looked strong yet again, placing first in their group.

The Chinese scene is in bit of a turmoil, with Newbee unable to win the big games and LGD consistently failing to qualify for big events. Vici Gaming looks to be their toughest opponent at the moment, but LFY beat them 2-0 recently as well. If LFY can keep up the string of strong performances and results--and if they can keep their temper in check--then they could potentially establish themselves at the top, again. 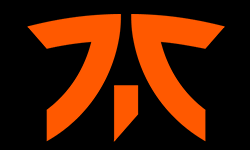 Fnatic has played at two LAN events recently: ESL One Hamburg Major and the DotaPit Minor. Both times, Fnatic replaced another SEA team who struggled to attend due to visa related issues or family emergencies. Fact is, Fnatic was unable to qualify for any event up until recently and when they did play at both LAN events, the team struggled to keep up with the tempo and cohesion of other teams. As a result, Fnatic made a roster change and replaced mid player Xcalibur with former Digital Chaos mid Abed. With much more experience under his belt, and a better track record, Abed immediately helped out Fnatic and the team promptly won their first qualifier. They will now travel to both The Summit 8, as well as the DreamLeague Major.

Abed enables the team in ways Xcalibur never could, and Abed also displayed game winning performances in clutch games and situations. The team looks reinvigorated with his addition and all players seem to perform much better. Together with coach adam, Fnatic look like a promising contender and as Mineski struggles to consistently perform, Fnatic may just pull ahead soon.

This year has been quite big for South American Dota 2. Valve introduced dedicated South American qualifiers, and SG & Infamous showed that their region is not one to underestimate. Following 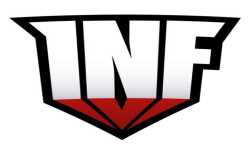 Infamous’ TI7 run, the team largely fell apart and rising star, Timado, left the region to pursue alternatives in Europe, while established veterans, such as Kingteka or Benjaz, left to form a new all star team. No player that left Infamous this Summer has found much if any success yet and in fact it is Accel, the sole remaining member, who has now qualified yet again for a Major. Being part of the first team to ever qualify for a Major or a premier, international LAN event back in 2015 (Frankfurt Major w/ unknown), Accel has the best track record among all South American players to date and can further improve it with his team at the DreamLeague Major.

Infamous and SG are currently the hottest team in South-America right now and out of the 6 Major and Minor qualifiers thus far, SG has won 4 and Infamous has taken 2.

Evil Geniuses is undoubtedly a top team, but the former TI champions have only earned 90 Qualifier Points per player thus far. At the ESL One Hamburg Major, Evil Geniuses struggled and failed to make the top 4, further proof that they still have a long way to go to become the title winning, or at the very least contesting, machine that they once were. Their qualifier runs for both Majors seemed flawless and effortless, suggesting that EG is still at the top of their own region.

For the most part, EG still looks like the EG that went into TI, but as the competition keeps improving, the current form EG is in may not be enough.

7.07 and its subsequent “mini-patches” have addressed some of the strongest heroes of 7.06. The likes of Venomancer, Necrophos, and Earthshaker are rather situational now, but of course new heroes have taken their place.

Bane, no other support has really joined the spotlight and the likes of Night Stalker, Clockwerk and Earth Spirit are still just as popular as they were before.

With a lot of changes to the dynamic of the offlane, that hero pool in particular has changed drastically in pro play. Teams usually opt for more utility and teamfight based heroes, similarly to how the offlane used to be played. A lot of

Brewmasters are picked, but the most contested heroes in that position are definitely

Other popular heroes include

Anti-Mage and the re-worked

Overall, the game hasn’t changed all too much. The offlane is more difficult to approach, f and often times pro players will run more solo lanes there than before, but there’s still an emphasis on the laning stage and teamfights. The removal of base Shrines in 7.07 has made highground holds much more difficult, or rather sieging has become easier. In many ways, 7.07 feels like a continuation of 7.06, rather than a complete overhaul. Agreed about 7.07 being mostly a continuation of 7.06, but you're downplaying the huge buff that Battlefury got. I think teams will catch on soon to the fact that Void, Jugg, and PA as battlefury-carrying safelaners is super strong right now. Morphling should be huge once he gets more figured out as a fighter rather than as a split pusher. Pa is an early-midgame fighter.. Getting a desolator is more important than a battlefury cause it enables her to fight early. When the opposition carry gets an mkb/silver edge she is pretty useless.

OG is falling since ana left Team Kinguin may still not be as polished as others... I think they are Polished comletely, lul Great thing about Kinguin is fact, that they are still playing together and still making progress. They were tier3 team, they are tier2 team and now they aren't just knocking to tier1 doors, they are breaking down these doors. 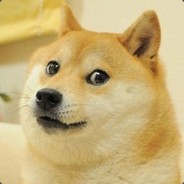 I mean, weekly courier since Na'Vi has won its first LAN since 2016.