We have updated the front page layout, so the Blog section can be found now at the top.

Also, tomorrow we will be adding a new post to the blog. A very experimental one, so don't judge too much) To be fair, some of the comments did bother me a bit, but not because they somehow insulted me, but rather because it generally makes me sad that in a very intelligent game like dota there is place for people who are unaware of simple rules of behaviour - be it internet or IRL. I really love the game and most of the community developed around it, but, well, one cannot expect everyone to be mature. And kids will grow up at some point. Even if it takes 20+ years for some individuals.

When it comes to negative feedback - with proper arguments and explanations - I do take them into consideration. I am relatively new to posting blogs, so I still have a lot to learn. At the same time, I would like to point out that everything I say in the post is my own opinion, and in no way do I try to impose it on someone. Neither do I judge or think less of people with a different opinion.

Creating interesting content takes a lot more effort that people give it credit for - it involves a lot of research as well as inspiration. I try my best to make the posts interesting, as well as useful. Being a long time player, I have some wisdom to share, I guess).

So, all in all, I would like to say thank you to people who are supportive of my works - it really makes my day reading nice comments on something you've been working a lot on.

I would also like to thank people who were not necessarily pleased with the content I have written, but provided well argued points of view - that is the reason we have a comment section. In my opinion, every point of view that is well-defended is relevant and can be used by the community. Even if I personally disagree with it, I still believe in the freedom of thought.

And another thanks goes to all the trolls and haters. Why? Just because I am a nice person)

P.S. I do really love memes. I find the "Doge" one particularly amusing. There is nothing I can do about myself. Much amusing. Very wow. Such post! 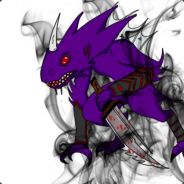 too long did not read

Actually compared to other online games out there dota is the one with less kids on general, what it gets me sad is that some people beetween 18-25 years still act like kids when playing this game ( and probably in real life too ) but well what can we do, this is how life works.