It seemed so recently that the full list of teams attending TI5 were announced and we were all anxiously waiting for the event to begin. Now with the wildcard event only a few days away, we can already vote on our favorites and the winner for the play in series. Let’s get started on some information on the teams who fought to qualify for TI5 (kawaiisocks previously covered Na`Vi in his CIS preview).<!--END_PREVIEW-->

EHOME is a name recognizable to Dota hipsters—they were the former titans of Dota 1. The roster is no different. Their players have all had previous ties to other pillars of Chinese Dota: VG, DK, and LGD. Three of their players are all stars with International pedigree: DDC took 3rd with LGD at TI2; LaNm 4th place with DK at TI4; ROTK 4th place with DK at TI2, then 2nd place with VG at TI4. Then there’s Cty, who is regarded as among the top mid players when it comes to lane mechanics. He’ll have a chance to make an impact in a meta so determined by the early success of the mid lane.

EHOME can’t be mentioned without their historic coach, 71. Former coach of Dota 1’s legendary EHOME team, before he became the former DK coach for TI4, and now he’s back TO EHOME. Western teams have only recently begun valuing the importance of a coach. 71 has been ahead of the competition for awhile. EHOME comes into the scene with significant experience behind their coach and players. Regardless of their lack of top finishes in recent tournaments, their potential can not be ignored.

If recent performance is any indication about the prospects of a team winning TI, then Complexity fans should veer away from the team’s games at BTS Americas. However, they can be proud of their team’s road through the America qualifiers. Complexity trounced its group stage with a 7-1 score, overtaking fan favorite mousesports (formerly Team Tinker). And they severely outmatched NAR in the brackets, taking both semifinal and final series in a 5-0 sweep.

While Zyzz is a newcomer to the scene, the rest of Complexity’s roster has a long competitive history, going back to HoN. Swindlemelonzz, current captain of Complexity, was also noted then for his drafting. Zfreek is swindlemelonzz’s brother and also former HoN teammates with MoonMeander and EG’s captain, PPD. Using his skills as a jungler from HoN, he plays a similar support role as the 4 for Complexity, on heroes such as Chen, Enchantress, and Wisp (creep stacking). Their offlane player is MoonMeander, who made his name as one of the best core players in HoN, and today is perhaps more popular as a Twitch streamer for his late night jags with pro player Demon about how to talk to girls. Then there’s Fly, one of the original members of Team Secret. Though Fly and Secret eventually parted ways, he was a formidable offlaner, especially on his Tidehunter, during the first four months of the team’s meteoric rise.

We have yet to see Complexity endure a group stage like TI or DAC, where the meta can shift and teams are pushed to combat and adapt to new play styles. So far, Complexity has been sticking to what they do best: five man push lineups. TI5 will be their opportunity to show whether that needs to change.

When a team values a hero but rarely or never bans it, it’s saying they like the hero, but they understand it probably doesn’t work for everyone. This is the case with Complexity and Dragon Knight, and here we see it with Lina and MVP.Hot6ix. It’s tactics like these that highlight the diversity of Dota play across the world. Despite being an online game, strategies still develop locally, as teams compete more within their own region. This is also the argument against why Korean Dota is a step behind everyone else. There’s a dearth of good teams in Southeast Asia.

Korea has risen to dominate every eSport they’ve entered, so it seems ineluctable that one day we will see a Korean team at the top of Dota. However, when that time comes, it’ll look a little bit different, as Korea has been recruiting international talent. JerAx, Hot6ix’s support player who can pull First Bloods out of thin air, is from Finland. Out of all the teams in Southeast Asia and China, Korea has been more open to recruiting foreign players. It’s a measure of the lack of talent in the region, but also an awareness that to improve, they need a different point of view.

Certainly, MVP has been venturing into international tournaments in the recent year. MVP.Phoenix has placed in Starladder 9 and 11, ASUS Dreamleague, Joindota MLG Pro League, i-league, and DAC. After a lackluster performance at DAC, their team splintered and created MVP.Hot6ix. There’s not much to say about recent tournament performance for Hot6ix, except that they beat their sister team two series in a row to qualify for TI5. Heen, Hot6ix’s captain, has talked about their team’s lack of experience and confidence, but that began to change after their win in MPGL (Mineski Pro Gaming League). They shifted their core position players several times. They began to gel more as a team. In the next week, for Heen, he’ll be looking to enter the playoffs with confidence in his team’s strategies. “In other words, instead of following the “meta” or what is considered as the standard, we have to come up with our own strategy,” he said. “Since I know what happened to us in DAC, I’ll make sure things like that won’t ever happen again. We could not show our best in DAC. We will prepare thoroughly. We won’t be nervous and show everything we’ve got.” 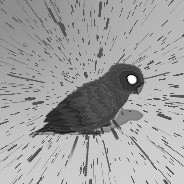 @Utaha, he plays offlane on coL. it's all good, but 1 question: where's Vega? Is Vega even SEA?