Map control: how to get it, how to keep it 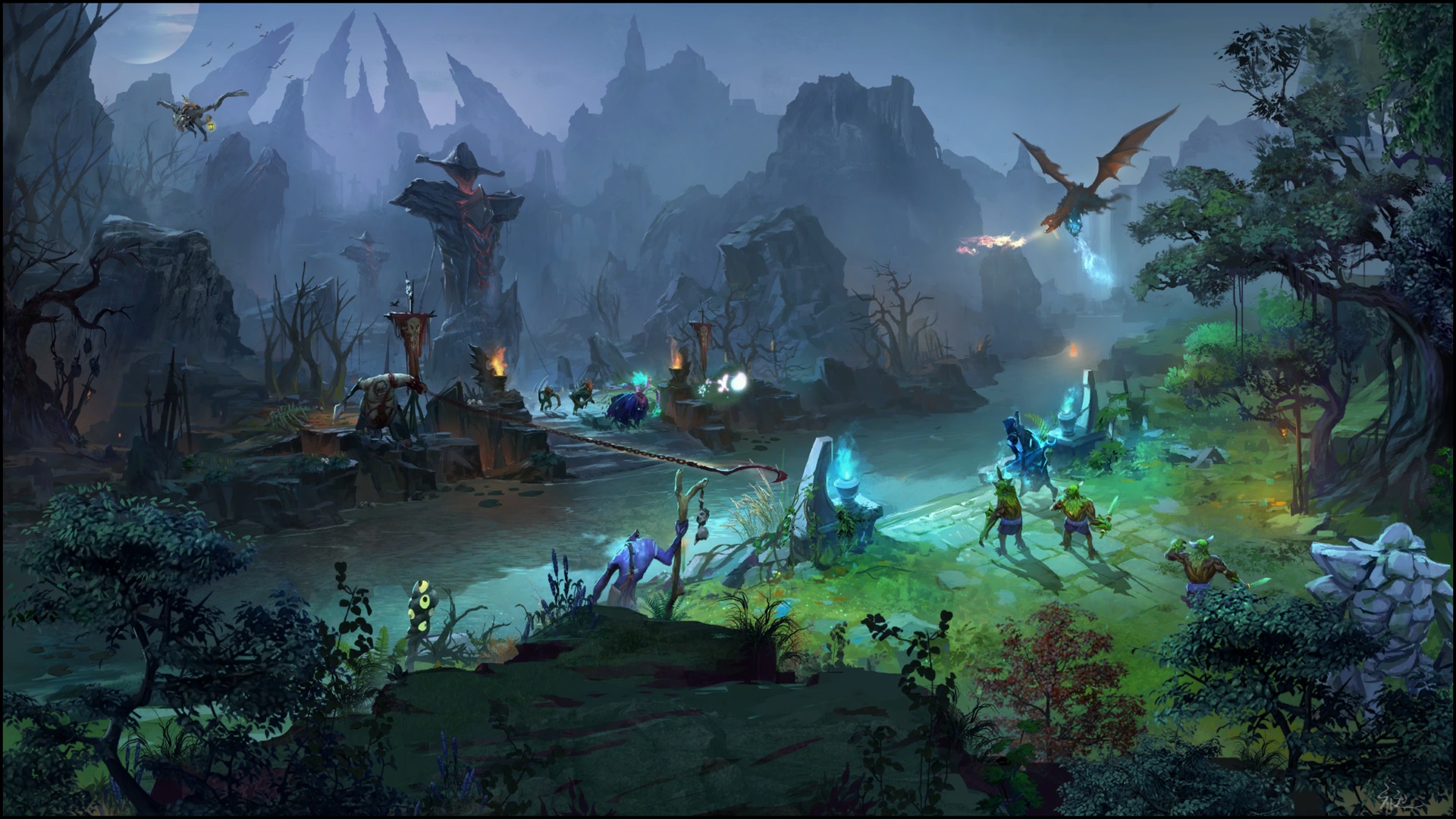 Map control is one of those buzzword phrases that casters like to throw around constantly. It’s a pretty easy concept to understand, “hey just control the map lol!”

Let’s get a bit deeper into what it means and how to achieve it. Map control is not just as simple as having vision over an area. This is a crucial part of the puzzle but the whole picture needs a few more pieces to get and maintain influence over critical parts of the map.

The three components of map control are:
- Safe access to the neutral camps and creep waves an area
- The other team must be afraid to play in the controlled area and get punished if they do.
- Vision control to create a safe area as a staging ground to push for objectives.

Why these things matter:
- Safe access to neutral camps and creep waves provides easy farming potential and the more access a team has, the more farmed they will become.
- When the other team is afraid to enter an area, not only are they less likely to pressure the farm of the controlling team but they also get less farm and are less efficient around the map. Furthermore, if a hero from the non-controlling team enters the controlled area, they risk dying and feeding extra gold and experience to the controlling team.
- Vision simply provides better information of the area and allows for better plays to be made based on that information.

So how do you get map control?

Map control is established in a number of different ways. The first and most simple is to take towers away from the other team. Towers not only provide vision and a safe haven for heroes to play around but they also stop the progress of creeps down the lane. By taking a tower, creeps advance farther down the lane providing deeper vision and thus bigger map control.

In the current patch, the best tower-taking heroes are Beastmaster, Death Prophet, Lycan, and Timbersaw. These heroes are being heavily prioritized by pro teams because they provide extremely early and consistent pressure on towers. Timbersaw is a bit different than the more tower damage-oriented others but generally becomes unkillable at such an early stage of the game that he can sit behind the tower and allow creeps to do the work. Timbersaw also checks the box of another of the map control criteria. At his early timing, Timbersaw is usually so dangerous that other heroes simply cannot come to contest him in the lane without risking death. With this timing window, Timbersaw can control a big chunk of the map without much support from teammates, and that is why he is a coveted pick at the moment.

This brings us to the second aspect of map control which is enforcement. For lack of a better term let’s call the heroes who are good at keeping control of the map “enforcers.” These are heroes who can threaten an area and effectively deny access to it through either fear or actually killing anyone who enters. In the current meta, the two most popular enforcers are Puck and Void Spirit. These two heroes are incredibly good at gap closing and catching intruders. They also have strong burst damage to quickly remove the offending hero from the map. Beastmaster and Timbersaw also somewhat fall into this category. The difference is that these two heroes tend to statically control and area of the map while Void Spirit or Puck can be almost anywhere very rapidly.

An enforcer's job is to basically protect the areas of the map that the team deems important through brute force. The popular enforcers also tend to be quite good and pushing creep waves which allow them to get positive creep momentum before disappearing from the minimap. An enforcer’s greatest weapon is often fear which is only possible when not showing on the map. Monkey King is another great example of this archetype. The hero quickly farms the creep wave with Primal Spring before jumping back into the trees, out of vision and waiting to see if any prey wanders into his domain.

Vision through wards, creeps, or heroes is really the most powerful and easy-to-understand part of map control. Simply put, the more you can see, the better you can play. Again we see a heavy emphasis in the meta on a hero like Beastmaster for this reason. His invisible Hawks allow him to set up a perimeter around his push or to set up for easy kills in the area he controls. Monkey King as well can provide sneaky vision of an area while staying out of it to create a dangerous risk for any hero trying to retake that part of the map.

Warding is as important as ever to secure map control. It has also gotten harder as the map has not changed much in a long time. The prevalence of Necrobook on heroes like Lycan and Beastmaster further complicates matters. As a result, it’s very important that enforcers protect the wards that are placed. Pro teams will often use warded areas as a sort of staging ground to attack objectives from and spend a lot of effort keeping their wards alive.

One of the best heroes at doing this is Keeper of the Light. Not only can he deward easily with the vision from Illuminate but his quick movement speed allows him to slip in and out of dangerous parts of the map. The strongest part of Keeper’s kit however is his ability to turn any hero into an enforcer by globally Recalling them to his location. This single ability lets teams control much more of the map than normal and is one of the primary reasons for his continued success in the meta.

Share some of your favorite tips for map control and vision in the comments, and be sure to let us know if there are other heroes you think are excellent for controlling the map in the current patch! I think techies has got to be the strongest enforcer in the game. Agreed with above comment about Techies - no other hero can enforce multiple areas of the map simultaneously.

Can you make a guide on pos. 5 Puck please? GAINING MAP CONTROLS, RULE OF THE THUMB NEVER GET A FIGHT WITHOUT MAP VISION YOU'LL END UP 80% CHANCE LOSING ESPECIALLY GOING FOR ENEMY SIDE HIGH GROUND JUNGLE..BEST ESCAPE ARTIST HEROES ON MAP WITHOUT VISION ARE (TREANT PROTECTOR & HOODWINK) GIVEN A SLIM CHANCE THEY DON'T HIT BY RIGHT CLICKS. guide for pos 5 puck: get aghs. fast urn if u can. aghs by 23-25 is decent timing and right as 10 s bkbs are coming out. being able to negate movement spell usage and ruin carries who utilize spell immunity is pucks strength as a 5. damage is unnecessary; cast range and cdr are very strong. late game arcane blink is broken with octarine and waning rift cdr + aoe talents. theres ur guide. Thanks for the guide, 44% win rate Puck player! Very helpful!
Hope I can climb to Legend, wish me luck! Should also add that gaining control of the enemy's jungle is quite strong if you're team or enforces are able to hold those positions, holding of the highground of the jungle or even the triangle when you have map control is really powerful to snowball games. I like to call them the brood strat as often a snowballing brood will hold those postions of highground into the enemys jungle, killing anyone that dares to try and take it back