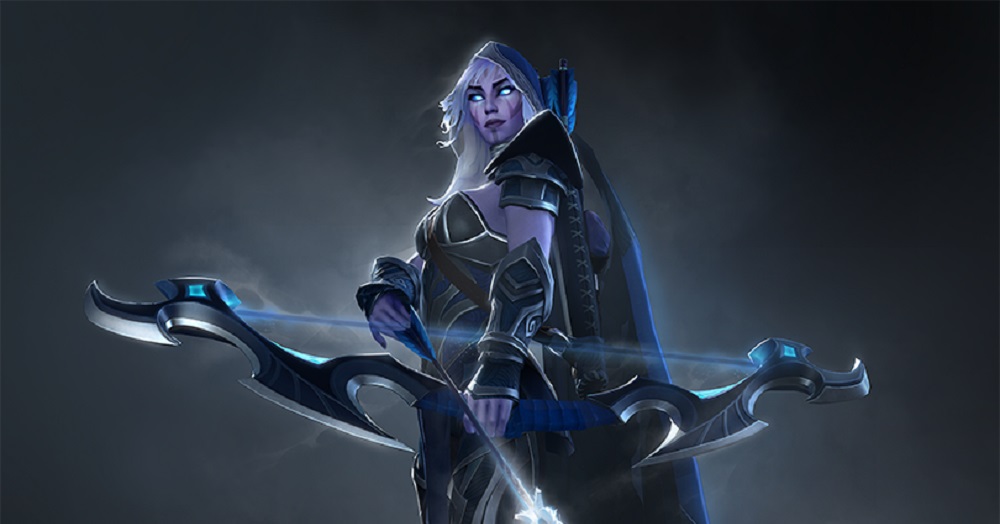 Dota mechanics is always an interesting topic to discuss. Fundamental understanding of the game doesn’t directly translate to skill in game, but it helps players make more informed decisions and sometimes find a way out of a seemingly impossible situation. It can also be quite fun.

In one of our previous blog posts we went over how patch 7.20 changed the way armor works, but omitted a further analysis on negative armor and the bonuses it gives to the attacker. Today we are going to fix this.

Negative armor follows the same progression as a positive one, but in reverse. Its effectiveness similarly diminishes at higher negative values, providing less and less bonuses for the attacker with each extra point of negative armor. As previously, you can refer to the table to see how things work. Second sheet contains negative armor values.

Keeping in mind all of this information is not practical, so instead we will simply give you five simple numbers and urge you to memorize them. They are an approximation, but should still come in handy in a lot of decision-making processes.

This should be simple enough to memorize and use in your games when calculating approximate amount of attacks needed to kill an enemy or how valuable negative armor will be vs. simple extra damage.

When is armor reduction really good?

In the first blog post regarding armor we somewhat arbitrarily separated armor into “high-value” and “low value” for armor values of under and over twenty respectively. There isn’t much math behind it, except for the general idea of armor having diminishing returns at extreme values.

Armor reducing effects, therefore, are at their best when they fully strip the enemy armor and get them into negative values. In case of Slardar, for example, applying level three

Corrosive Haze on a target with exactly ten armor is going to change the damage multiplier applied to attacks from 62.32% to 137.68%—an almost 75% change.

Same effect applied to a target with 42 armor will change the damage multiplier from 25.10% to 41.51%. In this case the difference isn’t as drastic, with a ~16% change to the modifier applied to the damage.

It is easy to understand, therefore, that when facing enemies with massive amounts of armor (e.g. Morphling, Terrorblade, Naga), armor reduction effects are not very effective. You should either understand that the armor reduction won’t allow for high physical damage bursts on these particular targets, or commit all-in with multiple sources of armor reduction during the draft or when purchasing items.

There are two heroes in the game that have abilities that either ignore or reduce the enemy base armor. Elder Titan has

Natural Order aura, while Drow now pierces through base armor with

The way Natural Order works is it checks how much Base Armor the target has and then simply subtracts the same amount from the target’s armor total. It means that items like Desolator, Assault Cuirass, Medallion of Courage or Solar Crest will fully work with the armor reduction from the aura. In fact, they are more likely to cut into “high value” or even result in the enemy having negative amount of armor.

e.g. Enemy has 20 Base Armor and 5 Bonus Armor for a total of 25 Armor. Under the effects of Medallion of Courage and Natural Order aura, his 25 armor will be reduced by 20 from the aura effects and by 7 from Medallion effect, to a total of negative 2 armor.

Marksmanship checks the enemy armor before resolving the attack, once again simply subtracting the enemy base armor from the total amount of armor the target has for damage calculations. It similarly means that Desolator, Assault Cuirass, Medallion of Courage or Solar Crest work fully and might be surprisingly effective in certain cases. Probably not on Drow Ranger herself, but on one of the allies. Keep in mind that Marksmanship proc is also physical damage and while it is resolved separately, the same rules of damage mitigation or amplification apply.

e.g. Enemy has 25 Base Armor and 10 Bonus Armor for a total of 35 Armor. If attacked by Drow Ranger with Desolator, on proc the damage will be calculated as if the enemy has 3 armor: 35 (total armor) - 25 (Base Armor reduction of Marksmanship) - 7 (Desolator effect)

Now we get to the fun part. We love how certain things in the game of Dota interact with each other, prompting us to sometimes write about janky, low-probability but hilarious and “absolutely amazing when they actually work” things like recently highlighted Grimstroke+Warlock Combo.

Elder Titan + Drow Ranger probably won’t look as flashy or, quite frankly, won’t be as effective, but it 's fun nonetheless. Because, as attentive readers might have guessed already, the way Dota is coded allows for effects from both Drow Ranger and Elder Titan to stack.

That means that a target affected by Natural Order will first get their armor reduced by their original base armor value and then, on Marksmanship proc attack resolution, the same base armor value will be subtracted again for damage calculations.

In practice, it results in enemy base armor actually working against them. A hero with 42 base armor will get attacked on Marksmanship proc as if they had -42 armor, effectively changing the damage multiplier from 25% to 175%. Or, in simpler terms, it is a 7x actual damage output increase. With 120 extra physical damage that also benefits from massive negative armor values. With a 50% chance to proc.

It is hard to say whether it will ever get into play or whether it is going to be as effective in practice as it can theoretically be on paper, but the idea of the enemy being punished for having a lot of armor is certainly fun.

Naturally, there is a problem of Elder Titan being in a weird limbo. Drow isn’t as strong or as popular as she was in the previous patch either, while the whole concept only truly works on heroes with tons of base armor. But there is a chance we might see this in play someday and it will be glorious.

For now, keep playing, keep learning and don’t hesitate to share your own janky concepts with us. give my drow her fkin swag back 1rd thank you next At the beggining you compare efficiency of corrozive haze on different armor values, and you say about 75% dmg amplify, and 16% (41 - 25) dmg amplify. These percents are percents of your base damage, and it is not consistent to use them to compare something. I mean, if you already deal 200% percent of base dmg without haze and you add another 100% by applying haze to it, it will simply mean that you'll need 20 seconds instead of 30 to kill target(bcs actual dmg will be multiplied by 3/2). But if you deal 1% of base dmg without haze and haze gives you 9% of base dmg, then you'll kill your target in 3 seconds instead of 30(bcs actual dmg will be multiplied by 10) which is much better than the previous example, although we added only 9% of base dmg instead of 100% I understand your argument and it is generally sound and it is the exact reason we argue about "low and high" value armor. Going from 1% damage going through (99% damage reduction) to 10% damage going through (90% damage reduction) is, indeed, a 10x (10% / 1%) increase in actual damage output, but it would mean that the target's armor was reduced from 199 armor to 92 armor (according to table provided in the post). Though the idea of using relative changes in damage output is still good.

In our example, the armor reduction is what is a given. Corrosive Haze LvL 3 is always -20 armor. When your armor-reducing effects are limited, like they generally are in a game of Dota, they are at their most effective when cutting into high-value armor.

EDIT: Now, looking for arguments against your points, I actually found where I was wrong in my assumptions, so thank you for that. The whole high-value/low-value armor argument doesn't work for negative values exactly like it does for positive armor values. Second page of google sheets table now has more info on the matter.

The basic idea remains roughly the same, but negative armor isn't quite as effective as I assumed. For all positive armor values cutting into high-value armor is still preferable, as seen in the example above, but the maximum effectiveness is achieved when reducing armor to zero, at least in Hits-to-kill perspective. Blog posts was slightly changed to reflect on that. Again, thank you for challenging my argument, since it helps with finding actual answers.

What you've summarised in that comment Kawaii would be better to put in the blog than the 75% vs 16% increase point you put down originally as, as Sanaitarium points, those numbers are quite meaningless. The 2.21% times vs 1.65 times makes the point in a meaningful way.

I think the other thing you need to address is why there are better alternatives to dealing with these high armour heroes. Getting A desolator vs a 42 armour hero isn't as good an investment as increasing the time you can disable them or burst them with magic damage for example. Is not knowing all of this why I'm not divine Cool, actually this explains why the previous DR become too OP

the maximum effectiveness is achieved when reducing armor to zero really? you wrote a whole article just to tell people that you found out that Natural Order and Marksmanship stack? Ember Spirit + KotL allows for some crazy double-sleight plays. Massive damage if you build it right. @KawaiiSocks
This post promotes the wrong way to think about armor.

It is inefficient to get a lot of armor, but not because the returns are diminishing. It's ineffective because having 10000 physical EHP and 1000 magical EHP means you'll still probably going to die pretty fast (to magic). 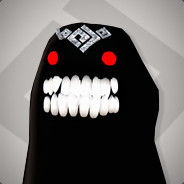 @KawaiiSocks
I love how you only focused on writing about armor without any consideration for health points... Even if target has so much armor that you can't possibly reduce it through items it doesn't mean that difference will be noticeable "armor reduction effects are not very effective"... Simple math says that when dmg reduction from armor increases according to this function
Damage reduction = 0.052 × armor/(0.9 + 0.048 × armor)

time needed for carry to kill target(assuming he has constant DPS) increases LINEARLY. for example 2 targets with same hp. harder has whooping 50 armor. What does it mean? it means that we will have to pound it for 3 TIMES longer(has 66,(6)% physical dmg reduction).

Yes. it is still very simplified. but you cant just say that it won't be much difference. Difference in time for when we have -20 reduction and target has 40 armor is 28%. Is it much? well it depends. On other sources of dmg, skills etc. Sometimes the difference is critical... especially if target can heal itself over time(by regen/spells)... Thanks for this information.