Introducing your special ones to Dota 2

When I was assigned the task of writing a Blog Post dedicated to the St. Valentine's day one thing that has bothered me quite a lot is that it will turn out rather cheesy. Writing about your special ones in a Dota 2-related blog while staying true to the educational/statistical side of it is no easy task, especially in a community as judgmental as the one I endear.

Today, the Blog post will be dedicated to the experiences I have gone through as someone who has been actively teaching his girlfriend to play Dota, coupled with advice I have accumulated in the process.

I guess it goes without saying that it is mandatory for a new player to go through the tutorial, since it provides a lot of necessary information in a somewhat entertaining manner. That said, it does very poorly in achieving the goal of introducing players to the actual gameplay and vast strategy behind Dota 2 games. Because of that, I felt the need to explain most of the basic concepts on my own - a player should go into his first game fully understanding the goal of destroying the enemy ancient, as well as have at least some knowledge about laning, last hitting/denying, ganking and pushing.

Another very important concept which should be taught to the players before the actual gameplay is roles. DotaCinema does a fairly informative video on the matter:

At the same time, it is somewhat restrictive in its explanation - while it is true that heroes do fit into certain roles, all of them have very unique playstyles and new players that generally start off as supports intentionally degrade themselves into being "ward/courier bitches" without realizing their potential and, more importantly, without taking responsibility for the game outcome. More on that later.

Finally, while it might seem a bit self-promoting, I feel like a lot of new players should definitely have a look at my Master of the UI Blog Posts (Part 1, Part 2). First games is where the "comfortable" feel of the game starts to develop, and it is of a great importance that this "comfortable" feel is developed with efficiency in mind. While some of the advises I gave in these blog posts are subjective, there is still quite a bit of ubiquitously useful information.

Our first game went pretty smoothly. My girlfriend has been away in the university, where she has completed the tutorial all by herself, and just came back home.

Being a smurf account, we got matched against people who have not been that experienced in Dota themselves and that is where lies one of the biggest dangers - the process of learning comes from observing other players and explaining the mistakes other players make is crucial - positioning as a concept was virtually non-existent in the lower-tier games and the item/skill builds I saw were very sub-optimal, to say the least.

Another big part is convincing a new player that going straight for the towers and pushing hard is generally not the best option - being safe, while trying to gain Gold/XP advantage over the opponent is what early-game Dota is about, and while ultimately you will have to take towers, early-game is generally not the time to do so.

For some reason most of new players are advised to play supports - while I agree that it is generally a favorable approach, as opposed to playing a carry, which requires at least some mechanical skill, many "teachers" fail to explain the importance of the support role, causing new support players to perceive themselves as lane harassers, who will gradually become useless and should stick to warding and nothing else.

Being a support player, this approach to teaching is what I believe to be the main reason behind the general public opinion that in order to gain MMR you should play a core role. It is generally not the case, and a new player must fully understand the responsibilities (s)he has both as a lane partner, as well as a potential disabler, nuker or even a distraction in teamfights later in the game. Most importantly, (s)he must fully understand that the outcome of the game is determined by the actions (s)he performs to the same extent as it is dependent on the actions of (her) his teammates, regardless of the farm priority.

My girlfriend has picked

Skywrath Mage as her hero of choice and has played 202 games on the hero at the time of writing. Personally, I feel that she has played enough Dota to start playing a new hero, but she is somewhat reluctant to try. Funniest thing is that she is a pretty good

Skywrath Mage and has started to give me relevant advises and tips on how to play the hero in my solo games if I happen to pick him.

Skywrath Mage is not the best option for a new player, since the hero is somewhat tricky when it comes to mana management and positioning. On top of that, to derive utility from him, one has to fully understand what target should be focused and why. That said, the hero probably is a good platform for getting comfortable with Dota in terms of mechanical skill - with four actives, one of which has a really low cooldown, my girlfriend has learned to press necessary buttons on the necessary heroes rather quickly, as opposed to your typical starting heroes, such as

Lich, where the process could have taken much longer.

I have said it before and I will said it again - flaming makes things worse. Communication is key in Dota games, but it has to be constructive. And for a person new to competitive games, the amount of vanity can be quite discouraging. Mute button is there for a reason I strongly advise you to use a one-strike policy on all teammates.

In many cases, if you are in a party, the skill of your other teammates will be in-between you and your student, objectively making them better at Dota than your someone special. Do they have the right to complain? Probably yes, especially if it is a ranked game. Can their complaints be expressed in a polite way? Definitely. Apologize if an apology is due, but teach yourself and your party member to be resistant to the worst kinds of behavior.

Last point I will make today is about the "guides" on the heroes many new players tend to read/watch in the beginning of their Dota 2 career. While on average they do provide a lot of useful information, they do get outdated fairly quickly and the most vocal and convincing ones are usually the most sub-optimal.

Personally, I had to go through two weeks of constant

Skywrath Mage as a consequence of me not filtering content my girlfriend learned from in her spare time.

In general, even looking at most purchased items is somewhat unreliable - to this day there are some builds that remain extremely popular, while providing less benefits, compared to the new ways to play the hero. Looking at Top 100 on particular heroes, though, is always a safe bet.

Dota 2 is a really hard game and it can lead to very heated arguments even between very close people once in a while. I had minor arguments that could potentially lead to bigger fights on several occasions and looking at it two months after we started playing, I do realize how stupid it is to argue over a game with someone you truly care for.

Stay patient and have fun introducing you special ones to Dota 2. Stop making these to brag about your girlfriend. I think that a St. Valentine's Day is the most matching day for a post where you tell about your girlfriend's dota progress i have a girlfriend here's guide from our experience Have you guys come up with a system to not track the win rate of year beast brawls (the same as you wouldnt count AD or ARDM)? I played a few games and the outcomes are so random I feel like our winrates shouldnt be punished (for whoever is above 50%) or rewarded (for whoever is below 50%) for such a random mini-game. Guys, it doesn't count when you are dating your hand. Hey, WTF is going on with this stupid POP UP and REDIRECTING ADS?
WTF IS THIS?
If there is anything I hate on the internet , than its that, stupid pop up ad!
And there is no way it can be turned off, I tryed everything, you guys are unbelivable!
This is such a nice site but you are making it lokk pathetic! 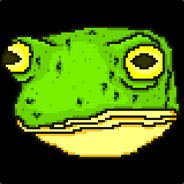 @GAMER: I have no pop up ads here and I don't run adblock. Scan your comp. 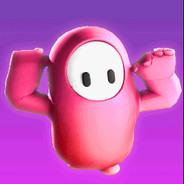 "how stupid it is to argue over a game" I Fuck your ruski mamkas! i have girlfriend in my dream whut the fuck off with thisfuckingshit girl