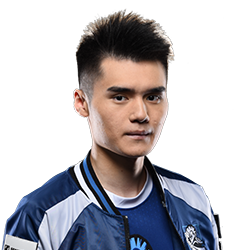 Sccc is Newbee’s mid and star player. Often compared to EG’s SumaiL, Sccc is a very explosive player who’s often the deciding factor in his team’s games. With a similar hero pool to SumaiL, with the likes of Shadow Fiend, Invoker and Queen of Pain, Sccc is often the focus of his team’s drafts and Newbee will play around him to enable him.