It usually takes a while for a new patch to be released after TI. With that in mind, having a look at the most successful new meta developments is definitely in order. We might not be playing at the International, but we can definitely learn from it.

Gyrocopter ended up being the most successful niche carry of the tournament, but we feel like given the breadth of his skill and ability builds, he could be a lot more popular. A fast-farming, decently tanky position one, with high late-game impact and a potential disable-piercing damage output can be a force to be reckoned with in a lot of games.

Understanding what build to go for can be a little bit problematic, though. There is the old school 0-0-4-1 with maxed out stats build, that maximizes your farm speed, right click damage and survivability. There is a 2-1-2-1 lane build, which prioritizes early aggression, but then wants to farm up. There is even a hyper aggressive 4-1-1-1 build for early game skirmishes, for when you need to create space for your greedy mid.

All of them are viable depending on the situation, but itemization should also be kept in mind: you don’t really need Falcon Blade with the old school build, but it is possibly the most important early item for a hyper aggressive one. Similarly, you can’t afford to go Aghs into Crystalis on the hyper aggressive one, since it will delay your BKB in the early fights. There is quite a bit of nuance to the itemization on Gyrocopter, so think about where you spend your gold to have the most success.

The hero has around 50% win rate across all skill brackets and doesn’t really stand out, but we feel like a lot of it has to do with how rigid some players tend to be on the hero.

Mirana is not too risky

Mirana is definitely a high risk-high reward hero, but her prowess in the current meta is undeniable. She did incredibly well at the International and is a good pub hero as well. Her secret to this newfound success? Ignore the early Sacred Arrow.

This might not make sense to a lot of old school players, but 2-0-1 in lane is 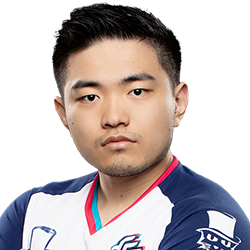 Sneyking’s preferred build. It makes a lot of sense in terms of the hero’s lane presence. Mirana has a slightly above average attack range and while her attack damage is pretty low early on, she has a bit of extra attack speed to make up for it in terms of trades.

At level three, she also gets a potentially massive ~300 damage nuke, if the second meteor connects on a priority target. This is a recipe for lane dominance. Instead of relying on luck, setups from your teammates or other external factors, Mirana can become a very powerful and very reliable lane support, who transitions into a ganking hero only after the nighttime, once she gets to level four.

You should definitely give this type of Mirana a try, but make sure that you have access to your pull camp, because this playstyle tends to push the lane quite hard.

After the Null Talisman changes, Storm Spirit has fallen out of favor, but there are still ways to make the hero work. The most consistent, successful and perhaps the most pub-worthy, is the Witch Blade build.

Storm Spirit doesn’t get to zip around as much as he once used to. His mana demands are high, getting insane regeneration is almost impossible and the only way to get manacost manipulation is by being lucky with Neutral Items or Runes, or getting an Arcane Blink. The latter is perhaps worth discussing, but in a normal game, tanking up and becoming less reliant on Ball Lightning is probably a better option.

For this, Storm Spirit needs some extra tankiness and some extra oomph to his attacks, and this is exactly where the WItch Blade comes into play. It is a relatively low cost item with a very high impact throughout the game that can turn Storm Spirit into a right-clicking menace. With this item Storm Spirit gets to use Ball Lightning as a Blink-type ability, since he doesn’t need to proc Overload every hit for DPS.

Short, controlled bursts to dodge incoming projectiles are still a necessity for the hero and he still requires a ton of skill to play, but with Witch Blade and BKB he can be very powerful and simply stand his ground in most engagements. This ability allows the hero to conserve mana for when he actually needs to chase his targets.

Give Witch Blade a try and perhaps you will find it a lot more appealing. Alternatively, the Kaya and Sange build is still very much viable, for when you either can’t solo kill supports, or need Status Resistance to deal with potential instant hexes or silences. Going first item BKB is a possibility, but we strongly advise against it in pubs, especially pubs below the Ancient level.

This International there were five heroes with 70%+ contest rate and only one hero with a 90%+ contest rate, making it pretty great in terms of meta. The strategies were diverse, though there were a couple of notable absences.

That said, we still believe there are things left to explore in this patch. Next time we will discuss the absentee squad and will try to figure out why pub stars like Clinkz didn’t even get a chance to show themselves. Possibly the worst Gyro article ever written. The hero is mediocre at best and a stat build just piles garbage on garbage.
Mirana and Storm are the same as always.

The part on Gyro is on point. That hero worked during TI despite not being the most scalable of heroes.

I remember Secret picking Gyro and I wasn’t sure if they picked IO to go along. Just remembered they won. If you are going Gyro 0-0-4-1, why don't you just pick Medusa who just outperform Gyro in almost every aspect?

A magic-build Gyro is actually more viable. One time I was rekt by a maxed out rocket barrage+missile , with Veil+shard, this random pub Gyro destroyed my Tide at minute 20. the real reason mirana is so good just cause of the moonlight evasion. People dont buy mkb nowadays