With TI getting closer and closer and the excitement levels rising, it is now the time to look at participating teams and gauge their chances of winning. Today, we will concentrate on squads who, in our opinion, have the best chance of taking it all — the undeniable favorites of the biggest tournament of the last couple of years. 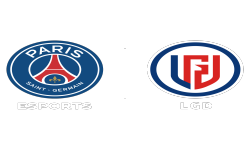 What do you call a team that handily beats most international competition with their biggest star missing, if not a favorite? 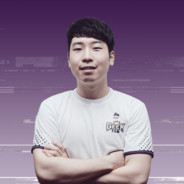 NothingToSay will join his team in Bucharest and while

xiao8 is a legend in his own right, we feel like PSG.LGD is the team that is most likely to take it all.

Playstyle-wise the team really favors strong midgame teamfights. Pangolier is their most picked hero and they can play him in a variety of roles, both core and support. They also highly rate Monkey King and Clinkz, though we are unsure how prioritized the latter is going to be following the recent nerfs.

Is the team forever cursed to never win a championship or were they simply biding their time, getting their players hungrier and hungrier? We feel like the latter might be a legitimate strategy and we are absolutely sure Evil Geniuses are going to once again amaze everyone with their level of play. They also have the best chance of surprising everyone: so far they haven’t played a single professional 7.30 game.

That said, explosive offlane, the most efficient carry in the world and an experienced and calculated captain is a recipe for success in the current meta. Look out for Abed Tinker as well — the player was once known for being one of the best Tinkers in the world and perhaps he will return to his roots, given how this patch might support it.

Every year Team Secret is coming into the tournament as one of the favorites and every year they underdeliver. Could this be the year when the circle is finally broken? With TI-winning coach 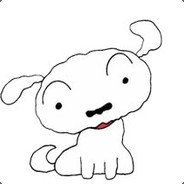 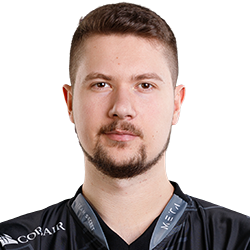 Puppey we feel like the chances have never been higher.

Similar to Evil Geniuses, Team Secret also opted to skip the summer tournaments, concentrating on TI preparations instead. Their latest stats don’t show anything out of the ordinary: they still played around greedy positions four and two, with playmaking offlaners and mostly tempo carries. However, we feel like there is a good reason Team Secret has been radio silent for a while. They are heavily leaning into what their name implies and that’s a good thing — the team will certainly come full of surprises. The only team to consistently take games off PSG.LGD in professional matches with a very unique playstyle and tons of individual talent. Last year Virtus.Pro decided to bet it all on a new squad, letting go of the legendary DPS-winning roster, in an attempt to finally lift the aegis, and perhaps they were right to do it. Coming into TI, Virtus.Pro always looked really strong and this team is no exception.

High-risk, high-reward playstyle best characterizes the current iteration of Virtus.Pro. They like big ultimates, glass-cannon-type mids, and playmaking supports. All of this is frequently hedged with a late-game hard carry and we are uncertain how effective this playstyle is going to be in 7.30c. That said, Virtus.Pro did get a lot of experience playing various international tournaments so we are certain they know what they are doing. 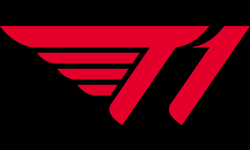 For some reason, the ESL One Summer champion, top 3 at Animajor and top 4 at both Dota Pit and ESL One Fall managed to fly under the radar of the Dota community. They’ve shown consistent results throughout the season and this consistency is very reminiscent of PSG.LGD and Evil Geniuses.

They might not be quite at the same level as the latter two teams, but then again — who is? Instead of high peaks and deep lows, T1’s approach is methodical, calculated, calm and with just a little bit of extra push they can take it all. Moreover, the current patch is a lot more midgame-oriented and doesn’t emphasize late game as much as 7.29 did, so slightly less experienced teams are no longer in a disadvantageous position. Given how fast SEA teams can play, there is a decent chance a new region will be crowned this TI. OG takes it with the power of friendship It would be nice to see RTZ with aegis ;)

TI6, 8 - No one highly rated Wings and OG, but they won it eventually. wow didnt include OG? What a joke of an article. I feel like IG has a pretty high chance for top 3. OG - the power of sympathy speech and sentimental stories. EG will never win. It is fly's curse for turning back on a friend just for the sake of fame and money. No more Chinese winners, nobody likes them... except for chinese people lol