Does Lion Need a Rework? 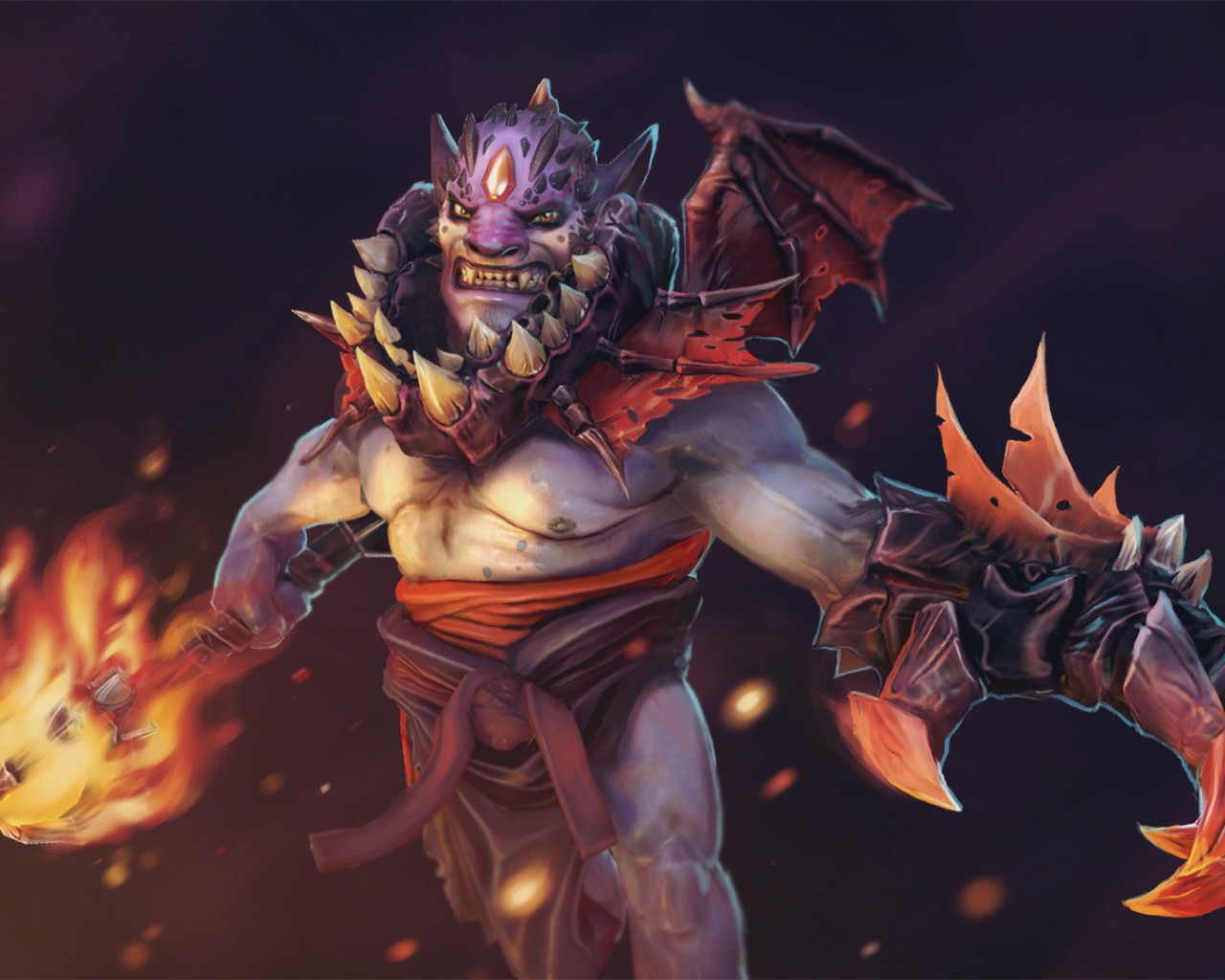 Lion seems like an incredible hero. Multiple disables, infinite mana, and a scaling ultimate that is equal parts satisfying to use and highly effective at taking out important targets. It’s no wonder that Lion has been a popular pick for both support players and core players farming role queue tokens. Lion also happens to be one of the most despised heroes to team with for most players as well.

You see, Lion is a lot like an opening act for your favorite band. He takes up space and time, offers little value in the guise of being useful, and probably ends up killing the mood with awkward, off-rhythm playing more often than hyping things up. It turns out that winning games requires more than just some cool spells. As Dota continues to evolve players find new ways to utilize heroes and for Lion, it is past time that we explore the hero beyond a "Blink, stun, Hex, Finger, and die" playstyle.

All heroes have strengths and weaknesses and the best heroes in Dota are the ones where people have figured out how to capitalize on those strengths while minimizing the weaknesses. Take Sven for example. Even after the new “Superman” Aghanim’s Scepter was introduced the hero still struggled to find relevance for a few months. It wasn’t until players started to figure out what the right item order and talent choices were that we started to feel the true strength of Sven as a hero.

I like to start theory crafting on a hero by listing the pros and cons of picking it.

Looking at this list, it becomes immediately clear that there are several fairly daunting issues with Lion as a hero. We need stats but lack the farming ability to acquire these items. We are good at ganking but lack the mobility to do so effectively. We can scale well but have a hard time surviving long enough to do so by winning fights or farming safely. Finally, we have a high impact ultimate but can barely ever use it because of a long cooldown early in the game. 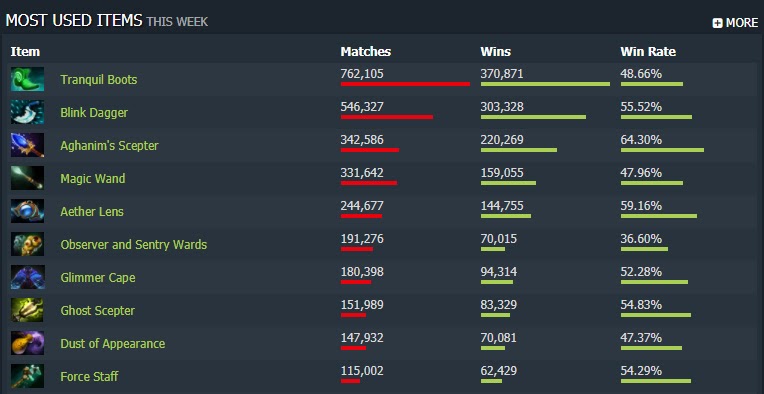 Looking at the most used items on Lion there is a pretty clear trend of focusing on fixing the hero’s poor mobility. This makes a lot of sense as good mobility not only allows us to utilize Lion’s disables and burst damage to find kills. Mobility also often equates to survivability but also means that you must rely entirely on good positioning to have any impact in the game. It also could be said that almost all of the popular items for Lion address the issue of survivability/mobility and not much else.

There are a couple of key items here in this list that I want to focus on initially that hold underrated value for Lion. Aghanim’s Scepter is every Lion player’s dream purchase but even so I think the item is undervalued. Despite the hefty price tag of 4200 gold, Agh’s solves a whole host of issues at once and this is why I think it is possibly the most important item to buy for anyone trying to make Lion a viable hero. Not only does the item give us some much-needed stats to survive longer and cast more spells, it also turns Finger of Death into a true team fighting spell that can rapidly scale to become a real problem for enemies to deal with. The cooldown reduction also means that you can begin to farm creep waves with the spell or throw it out with more recklessness to try and snipe a random kill and gain further damage stacks. Aghanim’s is definitely not a first item purchase

Glimmer Cape is another item that gives Lion exceptional value for the cost. In addition to being a survivability item, it lets Lion sneak up on people while invisible to close the gap for a stun or Hex. The new version of Glimmer Cape also provides attack speed which means that Lion’s ridiculous +70 damage talent finds a lot more value as well. It is this talent that we want to partially capitalize to help fix the issues of farming speed and tower pressure.

I think it would be foolish to discount the value of items like Aether Lens, Blink Dagger, and Force Staff on Lion but I also don’t think you need all three. Lion gets a pretty solid cast range talent at level 15 and if he already possesses mobility, do you really need cast range to blink Hex someone? Similarly, Aether Lens gives Lion mana regeneration and a bigger mana pool but with Mana Drain the regen is fairly irrelevant and an Aghanim’s Scepter provides a comparable amount of mana to the hero.

The general idea of Lion would need to change significantly as well. A hero that currently falls into the set up and die role would need to become more of an integral part to the team. Building early stacks of Finger of Death and baiting enemies by being surprisingly tanky are areas where Lion hasn’t really seen a ton of exploration. I could see items like Veil of Discord, Spirit Vessel, or several of the aura items being of great use to this style of Lion. Other tools to survive and tank up such as Heaven’s Halberd, Bloodstone, Rod of Atos, or Guardian Greaves could also go a long way to making Lion more viable in a new role.

Speaking of the role, to access the great talents that Lion has to offer we can’t just be under-leveled, farmed, and dying every fight. I think it is definitely worth exploring Lion in core roles like mid or the offlane. If you are a support player wanting to stick to your guns then treating Lion more like a late-game scaling hero such as Rubick, Phoenix or Warlock would seem much more appropriate than going all-in on an early game that just isn’t very good.

At the end of the day, maybe the hero just needs a rework or some buffs. Dota is a problem solver’s game though and so it’s fun to try and figure out how to adapt a hero to create a viable asset without any outside help from Icefrog. In regard to Sven's, he became like this because of the last patch's buff to God's Strength duration. Not players figuring out the order of the items/talents.

Lion has more utility than you might be giving him credit for. There are some matchups where he can be a massive bully to the offlaner, but it's true that in a drafting situation those opportunities are harder to make use of. I'd say the larger advantage people don't discuss is his power against illusion heroes. Both mana drain and hex instantly kill illusions, which isn't quite as good against something like PL, but it's super good against terrorblade or chaos knight. You're less likely to be grabbing the 250 aoe hex before the end of the game than you will the extra mana drain targets, but if there were a change to the hero coming, I'd say moving that up to level 15 would make the hero a lot more interesting to certain counter strategies. buff his ms and he'll do fine

who else hadn't seen lion's boobs before? looks like my grandma's CK's illusions are strong illusions and no longer are instakilled by skills like Hex and Mana Drain. He doesn't even look like a lion, let's start with that.

^this hero was first introduced in D-day map. his name was Zog (or Zag) I guess. and he was more red This is true. Still helpful against other illusion heroes though.

Maybe aghs win rate is inflated. There are a few games where a pos5 Lion can afford it (as mentioned, never as a first item). When a Lion pos5 can finish an aghs, probably the game was already over by that point. Guys i want to ask how to update my mmr in dotabuff profile? my winrate w/ lion is 36%. Obviously I'm a good player so it must be lion that is trash. It literally always had attack speed. no how dare you In my opinion, lions spells are great (maybe mana drain needs a buff though), but the body for those spells is horrible. Lion has sub 300 ms before boots, low armor, really low health, and no inherent mobility. His toolkit is perfect for a pos 5, but the doesn't have the damage or armor to trade with a 3/4 combo most of the time. Only lanes lion really wins is when he is constantly mana draining a 3 that needs a lot of mana (like bristle). He doesn't have the movespeed or health to really be a pos 4 either. As a 4, lina is pretty much better in every way. You gain a hex with lion at the cost of lower range, right click damage, and a bit worse scaling. Aghs and his ult charges do let him scale, but he can't scale as both a caster and a right clicker like lina.

Giving him a better base strength and strength gain might make the hero a bit better. Alternatively, giving him more right click damage or lvl 1 damage on earth spike can help his laning problem and solidify him as a pos 5. I'm a Lion player with 58.2% (213 total games) win rate on him and the only thing I found that he struggles is his hit point which is really low and so does the strength gain too. Maybe in next patch, if Valve buff the strength a bit and add about +50 more starting health and change the lvl 20 talent from finger damage to bonus health again, I think he will be useful again... symetrical is a top 100 player now

I think aghanim timing on Lion is too important for a team with Lion. The aoe blast and cooldown reduction of his ultimate is very game changing. This means that Lion is a rigid pos 4 and not 5 or 3. The rigidity of Lion is definitely a problem since it is a must to get agh. He will have to get a blink before getting his agh, so valve will have to dish out tweaks to adjust the power spike of the hero otherwise he would be too strong or too useless. It always provided attackspeed, this time through gloves rather than the inbuilt bonus from amulet...

"I could see items like Veil of Discord, Spirit Vessel, or several of the aura items being of great use to this style of Lion. Other tools to survive and tank up such as Heaven’s Halberd, Bloodstone, Rod of Atos, or Guardian Greaves could also go a long way to making Lion more viable in a new role."

yea good luck farming those items as a pos 5 support. Honestly, this is a big line that adds nothing to the discussion. Might aswell throw Heart in there while we're talking about tankiness

Honestly, am I the only one who thinks this, but beside adressing problems you didn't really provide any solutions? In my opinion, if they increased either his base strength, overall +str/lvl, movement speed or a combination of both he will be in a nice spot.
Yea his item built is wonky, demanding certain items like blink or aghs to be viable but so are many other heroes. Lion relies on them a bit to much, but so do other similair support heroes like disruptor, Willow and Snapfire. Only downside is, Lion is usually picked as a pos 5 while the aforementioned heroes are usually pos 4 Just reduce his ultimate's CD, 160 sec is the same as black hole's CD, does that sound balanced to you?