Undying’s been getting more popular since the beginning of the patch and there are good reasons for it. The hero is finally finding his identity after multiple ultimate reworks and while he is not necessarily stronger, at least he is considerably more consistent in his impact. Today, we are going to discuss how Undying is played at the highest level and the reasons for it.

There are two main builds for the hero: after the first point in Decay, which is more or less mandatory for laning, players either max out Tombstone or Soul Rip, taking their ultimate whenever available.

In terms of statistics, the latter option is preferable, but both are definitely viable and if we look at Ability Builds across all skill brackets, the only build that has sub-50% win rate is the one concentrating on Decay.

Tombstone is great — there is a reason it was often considered Undying’s true ultimate. Spell Immunity-piercing slow form Zombies and a non-trivial amount of damage force the enemy to either concentrate on the Tombstone as soon as possible or suffer the consequences.

At the same time, players, especially in the higher level brackets, are really good at destroying the Tombstone: they will typically have at least one mobile hero who can quickly deal with this threat.

For that reason, Soul Rip is usually edging out Tombstone in professional and high-level pub games. It is an incredibly strong heal or nuke on a very short cooldown that can easily turn the tides of battle. It also has a respectable cast range and while the mana cost is quite restrictive at the beginning of the game, later on, given Undying’s playstyle, it becomes less of an issue.

Despite his name, Undying is typically among the first to die in a teamfight. As a very tanky support, he can frontline for his team and soak up spells and aggression from the enemy. While it does lead to Undying becoming under-leveled and usually under-farmed, the utility he brings to the table is comparable to the utility of most position three heroes in the early game.

Press your ultimates, place a Tombstone somewhere hard to reach, and simply start going in: as long as your team is ready to back you up, this approach will typically lead to enemy either disengaging, or committing first to your Tombstone, and then to killing you. This outcome creates a lot of openings for your team to start their attack: the enemy most likely used a couple of spells, making life easier for your carry.

By continuously healing yourself with both Soul Rip and Decay, you can live for a pretty long time, all while the enemy is gathering zombies and taking punishment from your teammates. The damage amplification as well as movement slow help immensely: if a non-spell immune enemy is being attacked by Undying, they are most likely out of position and can be killed pretty quickly.

Naturally, it only works as well as described in the first 20 to 25 minutes of the game and after that Undying should try to play more conservatively, concentrating on healing teammates, rather than tanking for his team. But a good start and the ability to play aggressively around a support is a massive macro advantage: it means that a team with Undying can get their cores more time to farm, while Undying is creating space.

Looking at our guides, it is easy to notice how poor most Undyings are in their games. The reason for it is the playstyle discussed above: quite frequently Undying will get killed in a teamfight, and that means less gold over the course of the game. With most of Undying’s income spent on vision and team items, it is unsurprising that he doesn’t exactly top the Net Worth charts.

If he does get some extra gold, going for typical support items is the way to go: there are very few games where Glimmer Cape or Force Staff are useless. Coupled with a built-in cast range talent at level 10, these items become even better.

Lately, we’ve all seen Holy Locket being built on Undying. On one hand, it kind of makes sense, since Undying is a pretty strong healer. On the other, there are very good reasons for why this item is so rarely built. Paying 2,000 extra gold on top of Magic Wand is a luxury not many heroes can afford, especially as low in farm priority as Undying. Sure, being able to feed the charges to a teammate is nice and can be used as a makeshift single-target Mekansm, but why not go for a similarly priced Mekansm instead?

We’ve seen it being built in a professional game, there are some pub games with Holy Locket as well, but it is still probably too early to recommend building this item as a part of a default build.

Undying became a lot more Tombstone-independent in the latest patch and it is a good thing. While some synergies between hero’s skills are expected, they were way too forced in the previous version of Flesh Golem. Now, Undying is a pretty unique and interesting support, who can catch the enemy team off-guard: few people still remember how to lane against Undying properly.

What are your thoughts on the hero: do you think he still needs a buff or two to be viable or is Undying in a good place right now? Also do not hesitate to share your insights into Holy Locket builds, since we still can’t understand whether it is good or bad and what type of games you even build it in the first place. 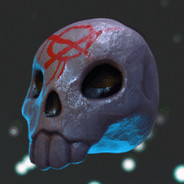 I rek with undying in trash tier, but I grab tombstone first to either get FB at the bounty or to own the first creep wave. Harass doesn't really work against him bc he's tanky early and if I can push with my tombstone and own the waves my enemies get demoralized early. Ofc this is trash tier I'm talking about, but undying is great early and as long as my team likes to fight, we should be getting rax by 20 min. Just go for a bracer and a stick into mek if you want to do something like that.

Undying in a good place right now though, love the boy 1. Some way make him farm easier because undying is one of the most difficult heroes that farm.

2. His level 25 reencarnation talent needs a rework/fix because in the end it is 7.5x wrath king ultimate. just wanna share, I have been a great fan of undying yah! your points pretty right his good in laning stage with the right amount of timing UNDYING is a decent hero to play and i love playing this hero! great stuff! kawaiisocks :) He's probably my favourite p5, lately I've been maxing decay, but given the advice in this article I'll go back to my old ways of maxing soul rip. Undying games tend to go one of three ways;

He can be frustrating to play because he has no decent wave clear, but as I say, he is my favourite 5. I used to play Undying, I'll never forget solo killing a mid Storm Spirit, as a pos4 support. He tried to man fight me, and lost; we eventually lost the game though :( Let decay do more damage to creeps and hes perfect.