Should You Care About Meta?

Here at Dotabuff we love discussing meta, trends, and hero popularity. It provides players with some sense of direction, allows them to better understand the professional scene and helps incorporating this knowledge in their own games. Sometimes we even get carried away, calling out heroes for being unplayable or praising them too much.

Reflecting on several years of blog posts, there is one issue that keeps persisting and is unlikely to ever go away: we frequently assume that whoever is reading the article is a very generalized, dedicated Dota player who only cares about winning games.

This approach works best when trying to analyze professional scene or trying to figure out what aspects of it are going to be possible to incorporate in chaotic pub games, but it also doesn’t really highlight how beautiful and diverse Dota is. Our posts tend to give impression that at any given time there is only a certain subset of heroes who are viable and picking anything else is a bad choice, while the reality is slightly different.

Should you care about meta?

The short answer to this question is “yes”, yet there are many “ifs” and “buts” along the way. No two games of Dota are ever the same and every player is different.

Having a “good” hero played poorly is usually going to be less effective than playing “bad” hero really well. The player who doesn’t fully utilize the hero is very unlikely to actually abuse the aspect that makes the hero strong in the meta in the first place. At the same time, pushing his favorite and most successful hero to its limits can easily offset any meta-related weaknesses the hero has. We often see it in the professional scene, where by the end of the tournament more confident teams start bringing out their signature heroes, regardless of what the perception of meta is.

Periods when a certain hero is seen as “good” fit for the meta is amazing for when you are learning the hero, since you will get to experience the hero at their best and will have a lot of recent professional replays to see how to actually play them. Playing the hero you are best at, however, is probably going to be at least on par in terms of win rate effectiveness, regardless of their meta status.

Meta heroes don’t exist in a vacuum—hero power levels, perceived or objective, are heavily interconnected to a point where small changes to one hero can lead to a lot of different consequences to his usual partners, counters and substitutes. That, in turn, creates a lot of expectations at the start of the game.

This is probably the biggest reason to care about meta—players come into games with expectations, they know how certain lane pairings work and are expecting everyone to adhere to a specific game plan. Without coordination during the drafting stage, defaulting to meta picks is sometimes the best course of action: your team will generally end up with a playable lineup and decent synergies.

Not adapting to a teammate or enemy off-meta pick, however, is probably one of the bigger mistakes players make. Sometimes your team’s first or second pick is going to throw you off-guard. There are reasons why it can happen: a player is fed up with playing the same hero over and over, or they are very confident in a certain hero they’ve trained for ages, but the end result is the same: you have to adapt. Players who go for off-meta picks also generally suggest some pairing they’ve trained before and they are definitely worth considering. The same rule of adaptation similarly applies to enemy surprise picks.

We strongly believe that if players want to improve at their maximum pace, they have to follow professional scene and try to understand the meta. We also don’t think that blindly following the meta is the same as understanding it.

If you know why a certain hero is good, you are a lot more prepared for dealing with them. If you understand why some hero is considered outside of meta, you will sometimes see opportunities to pick them in a game, where their weaknesses are not as easily exploitable and their strengths can truly shine.

You should definitely care about the game’s current meta, if you are interested in winning more and improving faster. This knowledge, however, shouldn’t be treated as the list of unbreakable rules, but rather as a way to navigate through the complexities of Dota and discover solutions that work for you. 1ST yay YAY!!! DOES ANYONE STILL DO THIS? The moderators have been removing those kinds of statements on and off so it's not as popular to do.

I'd love to see something like a 'channels' section added where groups of similarly subjected articles can be easily looked up. Above all of them, this article would be placed at the top as part of a 'read before reading literally any other article' so people can familiarize themselves with the beliefs and approach Dotabuff blog posts take to Dota. 
Having a “good” hero played poorly is usually going to be less effective than playing “bad” hero really well.


i think this answered the topic already, nice thread bro 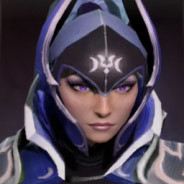 There are tags to every article that can be clicked to view all articles with that tag. For eg. this one has the tags Advice and Meta which can both be clicked on to see the articles that have the same. I'm aware of that, but having the landing page would allow you to have a clearer understanding of what types of articles are available to you. Really though it was an excuse to say how this article needs to be read before entering the site. "You either die a hero or live long enough to see yourself become the villian." -Even if you play really well as a hero who isn't "good," if enough people start playing that non-meta hero, they'll start getting attention, nerfs, and all the issues that "good" heroes have at whatever present time it is. (thinking of phoenix...)

Currently the Enchanted Mango has a 31.27% win rate. This is a tragedy. Whether being accidentally used while still in fountain or used just in time for that clutch nyx stun saving your teammate's life, it has always made memorable game impacts. It is our duty and responsibility as fellow gamers and members of this community to give the item the win rate it deserves. Thank you in advance for your support.

There's no meta in the lower bracket. Only "broken" heroes. Luckily as of now there are only a few problematic ones that definitely need tweaks. Need to learn about the meta. Have been getting losing streaks because I’m playing last year’s meta heroes instead of these years meta heroes. 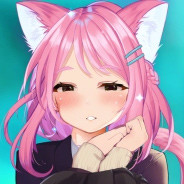 You know it's a boring, stale meta if we get articles like this. @Just-Give-Only just first pick riki then ez +25 for u. 3k below didnt know how to stop riki xD i play et carry in the offlane. fuck the meta. If you think riki is broken and you need to nerf that 2 hits hero then you must be noob stuck in low mmr and bracket. Just get wards dust and gem, items that can keep u alive during his ulti like euls ghost aeon glimmers forcestaff... after his ulti is done its eazy peazy... gg but thats the sad part people dont realise and go straight to offencive items. But once smart man said defence is the best offence. So yeah i hope I helped you and opened your minds little more... good luck try it its worth it.

You wobble between being helpful and mean, which yes teh internet is mean whatever, but ultimately you're absolutely right. If you're fighting against Riki, treat him like Clinkz and focus on itemization rather than hero counters. The common flight mentality while in cloud is what Riki preys upon and people can easily forget that their items aren't disabled (something I'm getting better at) while silenced. Meta sucks where are my Heroes Sven, LS for expample. Why cant they be at least playable and not complete Garbage? I pick Earth Spirit every game cuz he's the best hero in Dota 2 and I'm throwing if I play some other shit.