Warding is a core aspect in Dota 2, one that is often undervalued in lower skill brackets. It's a simple enough concept to grasp, and it is easy to feel a sense of accomplishment when planting a ward, but more often than not, supports can improve when it comes to this aspect.

One of the fundamentals of warding is the economy of a support. Without any money, there won’t be any wards. While it may be easy to look towards carries then, the pro scene keeps it simple: there is always money on supports.

In rare cases will a support not have money for an Observer Ward or Sentry. With a passive gold gain of 91 gold per minute, there shouldn’t ever be an excuse for a support not to have money for either. Even when saving up for an item, there should always be money for a ward. If at all, pro players will share the burden of purchasing wards among the two supports, but the reality is that often one team has a single hero that focuses on buying vision. Of course, this varies from composition to composition, but even then it is still focused on both supports.

There’s a trend among pro players where teams won’t use two wards at the beginning of the game. Instead, teams will hold on to the second ward to later have three at the same time. The result is simple, but effective: they have more vision to look out for ganks, especially during the first night time. This strategy is especially effective when facing line-ups with weaker ganking potential, where teams don’t have to always keep tabs on a particular hero’s movements. Pub players often make the mistake of dedicating their wards to positions and roles that may not need them. While vision over the runes can be crucial, it should also be a support’s job to be at a rune spot to either take and/or secure it or to see what the enemy may pick up.

Similarly, the offlane doesn’t always need a ward either. If the opponents have little kill potential or the offlaner has a superior escape mechanism, i.e. Puck’s Illusory Orb or Batrider’s Firefly, then that’s another ward that could be better spent scouting the enemy offlaner and/or their roaming support.

By not placing both wards from the beginning, it will also leave your opponents on edge as to where exactly your vision is, and it will make it even more difficult to track later in the game when 3 wards are placed at once.

Another added bonus is that later into the game, you’ll have more information as to where the ward would be most beneficial. The first two wards can be hit or miss, since they may not prove useful if the enemies’ movements don’t get covered. A ward keeping tabs on the pull camps can be completely useless if the supports aren’t there. Not placing a ward gives you the option to hold the ward for a position you know the opponents are at or paths they have proven to take repeatedly.

Supports fall into the trap of purchasing wards and placing them reactionary, more so than pre-emptively. “I just got killed here, let’s place a ward here so it doesn’t happen again.”

It’s not bad, per se, and we did illustrate above that pros do track the movements after the fact to keep vision on certain paths, but especially in the mid game it’s imperative to prevent the first kill in the first place, or to at least trade it efficiently. That’s why it’s important to keep track of the time and enemy farm. Correctly assessing the enemy's’ power levels, i.e. how potent they are at any given stage of the game, is imperative. Wards need to be placed before a Sand King or Batrider make their first move with their Blink Dagger, which is why pros will often place Wards inside the enemy jungle, 10-12 minutes into the game. Scouting that first gank rotation can change the direction of the game.

In addition, it’s important to keep track of night time. Heroes like Night Stalker and Luna have been very popular because of the night vision they provide. The most recent patch, 7.06f, dedicated three nerfs to vision alone. Playing the night cycles correctly, especially the first two, which roamers and gankers usually play around, is an important task for any support. Ideally, wards will be placed just before the night time hits, providing optimal vision during, as wards will last throughout an entire, normal night cycle.

Supports, like any other role, should never tune into autopilot mode. The moment a support needs to be reminded to place a ward, the support has likely wasted a lot of time already. This isn’t to say that the carry that spams “ > We need Wards” isn’t being a jerk about it, but there’s still something to be said about supports that don’t have the presence of mind to always think of the map vision.

Part of the process is to have dedicated ward movements around the map. Pros, though this may be excessive for some pubs, often even teleport out of the base the second the game starts to place a good ward. They also make use of every gank and every smoke, placing a ward whenever they’ve successfully infiltrated the enemy jungle or when they’ve gone behind enemy lines once.

The idea is to make placing wards inconspicuous while still purposely walking across the map to place a good ward. If a support walks across the river and back by himself, it is fairly obvious that the purpose was to place wards. If that support is accompanied by a variety of heroes, the first thought will go towards “gank” as opposed to “ward”, making it less likely for the enemy to deward.

Wards should ideally not be dewarded, which is why pubs often place wards to not block creep camps. A blocked camp would give away the ward position within a minute after all. In pro play, that factor is sometimes disregarded, as the vision during that one minute is more important than having a safe ward that doesn't provide good vision in a certain area.

The most prominent example is the ancient camp between Roshan and the Dire jungle Shrine. When attempting to kill Roshan as the Radiant, this ward can be the difference between a successful teamfight and a lost one. Of course any ward on the highground will give the Radiant an advantage, but this one is easy to place for a support without getting caught out of position.

Here are two more ward spots that are easy to place, that block camps (perhaps on purpose, to disrupt the enemy offlaner's laning stage/jungling).

Finding appropriate ward spots when ahead is rather straightforward. Depending on how many towers have been taken, wards need to cover camps close to the enemy base and exits of said base to scout movements. Placing those wards is usually easy as well, since there's sufficient vision for supports to make sure not to get picked off.

When behind, however, access to ward spots is rather restrictive and enemies will try their best to pick off supports or any stragglers. Especially once all outer towers have been taken down, leaving the base to place a ward can feel overwhelming as the enemies will likely have superior vision. While using a

Smoke of Deceit can help provide safety, finding the right ward spot is still tricky. Somewhat advanced options include simple lane wards that provide vision over the enemy when getting pushed in or deeper wards in the jungle that scout movements earlier.

Warding should always be based on how far a team can extend and possibly should. A hero like Storm Spirit can farm somewhat more aggressively than a Sven, as Storm has higher mobility. As a result, wards don't have to be placed past the river to help Storm farm and push the lanes. A Sven, however, would need vision over his own jungle and camps and cannot respond quickly to ganks, especially without a Blink Dagger. Wards definitely need to be dedicated to a hero like him, rather than a hero like Storm. Supports can and should also stick close to their farming cores--when behind--to act as additional vision and to prevent any deaths if possible.

While vision is important in every stage of the game, teams can get away with less vision in the beginning, as deaths aren't as game deciding as they are later on. Map movement is also more predictable in the early stages of the game, as towers and lane creeps provide sufficient vision, but when those are gone, teams have to make sure to have good wards up.Wards win games and knowing how and when to place them will affect the outcome of your games. thanks! Lots of players should read this ^^ it will all be ignored by those who do not know this, and will not be new to those who knows Im used to play as 5
There is only 1 tip i still havent figured well...
Its when your carry need to be babysitted,he cant farm whitout you but you cant ward and roam whitout leaving him...
Whats more important?
What do you do?
The warding\roaming step at 10+- mins requires at least 3 minutes of farm lost for your carry.
Is it worth?
I think the 4 should help the carry in this step but you know pubs right? Could you order the last section in "Smoke,Dust, Gems" please? :3 lets get plus abo or ur warding will fail!!!!!! everyhing is warded - " we need wards " This is a very good article. Well done "Playing the clock" is something that is underestimated in pubs.. finally a document which realises leaving some wards in stock and then using the others for pinnacle moments can be effective mid game ganking. PS great article in general for awareness. 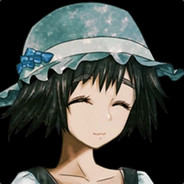 I think there are some points that need to be stressed about map control. I have played so many support games where I get pinged for not warding the whole map, when our whole team is stranded near our T3s since the enemy team has taken out all outer towers and has a gem. Expecting a support to ward the whole map without any map control (and on his own, no less) while the enemy can kill anyone who leaves the base and has a gem is just a moronic way to look at the game.

This is completely false, as evident from the number of games played and your winrate and MMR. If you had any understanding of what wins the games, you wouldn't be that low with such a number of games. People just underestimate the whole potential of warding, vision is a big game changer. It's like a cheat, you can see the enemy without them knowing. But doesn't matter how many times you explain this, sniper will stay in lane for 20 min farming and jungle too and in the end the support is low NET and in bigger team fights wont do anything This should be a must-read for supports in pub. Wards is a limited resources and don't waste it 2nd importand thing is, If one team have a vision and use the vision smart. If you dont, example Mirana uses arrow, clock uses rocket with this vision and not ganked and killed enemy so they will notice there is a ward here and they're gonna say "we should deward". Trading 1 arrow to 1 ward. And your eyes actually. Now you are blind and you must wait for another charge of ward.

Use your vision smart, like your ward don't waste them. There's so many 3ks here sharing their thoughts